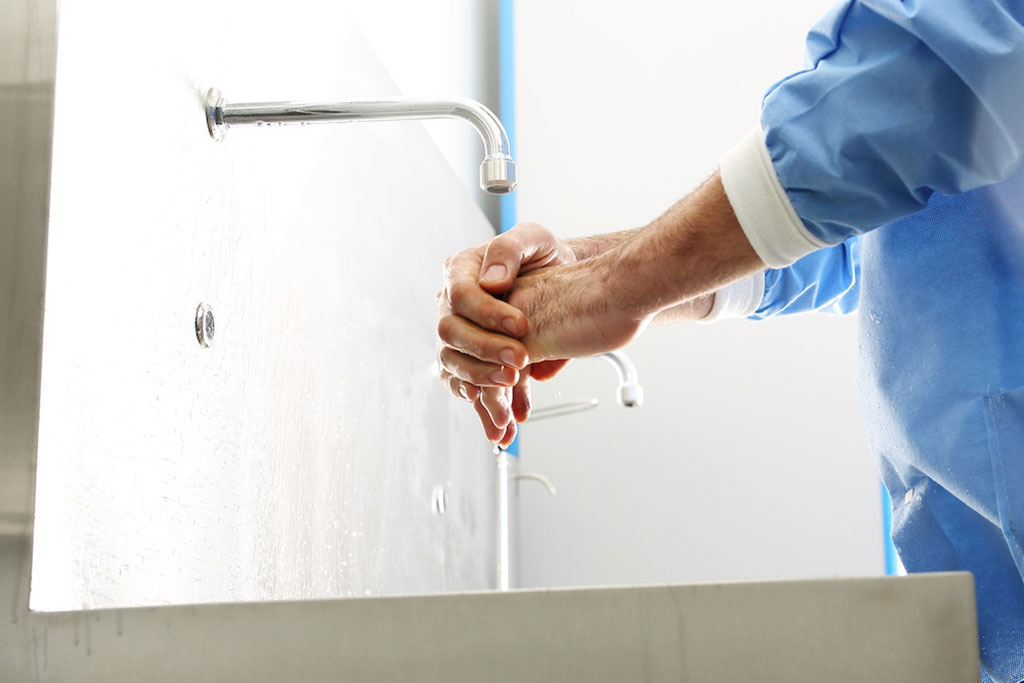 Image: Chlorhexidine disinfection can cause anaphylaxis reactions (Photo courtesy of Getty Images)
A new study reveals that despite chlorhexidine gluconate (CHG) being one of the top three perioperative anaphylaxis agents, a low awareness of its dangers persists.

Researchers at the University of British Columbia (UBC; Vancouver, Canada) distributed a 10-question survey among 98 perioperative healthcare staff, including nurses, perioperative aides, anesthesia assistants, anesthesiologists, residents, and surgical residents over a 30-day period. The survey included six questions on relevant data, while four distractor questions were included to increase the survey’s validity. The survey was intentionally kept very short to increase the respondents’ ability to actually finish it.

The results revealed that although 83% of respondents were aware that CHG causes anaphylaxis, only 31% were aware that it is one of its top three causes, including 36% of the physicians. The survey also found that whereas 53% of physicians encountered patients with skin reactions to chlorhexidine, only 25% referred the patient to an allergist. In addition, 8.7% of perioperative staff had exposed a patient to the antimicrobial agent, despite being identified as having a reaction to CHG. The study was presented at a webinar of the Canadian Anesthesiologists’ Society.

“Chlorhexidine is a ubiquitous antiseptic that is used in the operating room every day. However, it is also known to commonly cause anaphylaxis. Up to 30% of patients who come to allergists have had multiple exposures to chlorhexidine, which increases morbidity and mortality within the hospital system,” said study author Julena Foglia, MD. “We need to have safety nets for these patients when they come into the operating room. We need bundles and equipment that are chlorhexidine free that you can grab at 3 o’clock in the morning. And these should be available in all centers, not just the large urban centers.”

Chlorhexidine is an antiseptic that is used for skin disinfection before surgery and to sterilize surgical instruments. It is also used to disinfect the hands of healthcare providers. CHG salts dissociate and release the positively charged chlorhexidine cation molecule, which causes a bactericidal effect by binding to negatively charged bacterial cell walls. At low concentrations, a bacteriostatic effect occurs; at high concentrations, membrane disruption results in cell death. It can be applied topically as a gel, wash, or powder.