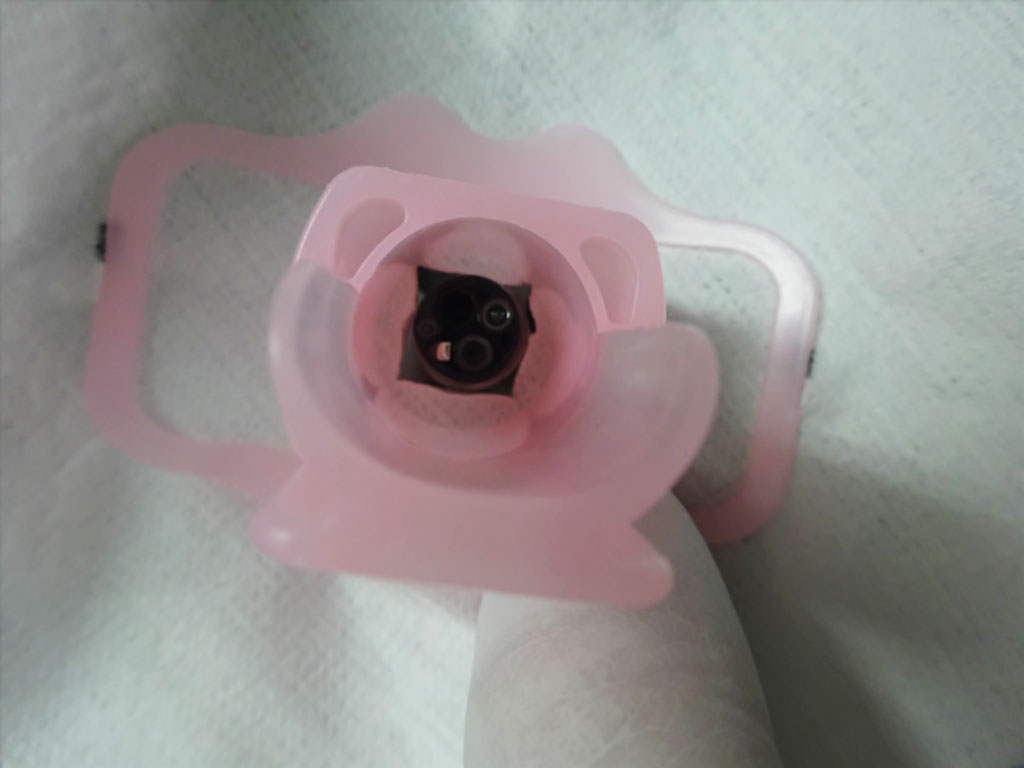 Developed at Tohoku University (Japan), the simple, disposable, and inexpensive device provides an additional barrier of protection for healthcare workers performing EGD. The device is comprised of a mouthpiece equipped with a fixing belt and connecting tips, and a nonwoven fabric that covers the patient's face, thereby capturing aerosol droplets. The square, nonwoven fabric covering is attached to the tips of the mouthpiece using symmetric cuts made by scissors. An x-shaped incision at the center of the fabric acts as a sleeve for the endoscope.

The central sleeve covers the entrance opening for the endoscope, without severely interfering with the endoscopic procedure. Special care was taken in choosing the fabric, since a tight enclosure can expose patients to respiratory stress and to the risk of possible choking if they vomit. The nonwoven fabric selected (WYPALL X70), manufactured by Nippon Paper (Tokyo, Japan), has appropriate elasticity and air permeability, so that operational stress and respiratory stress are reduced to acceptable levels.

“This device is expected to capture the coarse droplets from subjects undergoing an EGD and to reduce the diffusion of aerosol droplets,” said corresponding author Hiroyuki Endo, MD, of Tohoku University and Sendai Hospital (Tokyo, Japan). “In addition to existing personal protective equipment, this simple and inexpensive device can be used as a standard precaution in every EGD.”

An EGD is an endoscopic procedure by which a patient's esophagus, stomach, and upper intestines are examined. The procedure causes patients to cough or retch, exposing workers to body fluids or aerosol droplets, and potentially exposing them to the risk of SARS‐Cov‐2 infection.