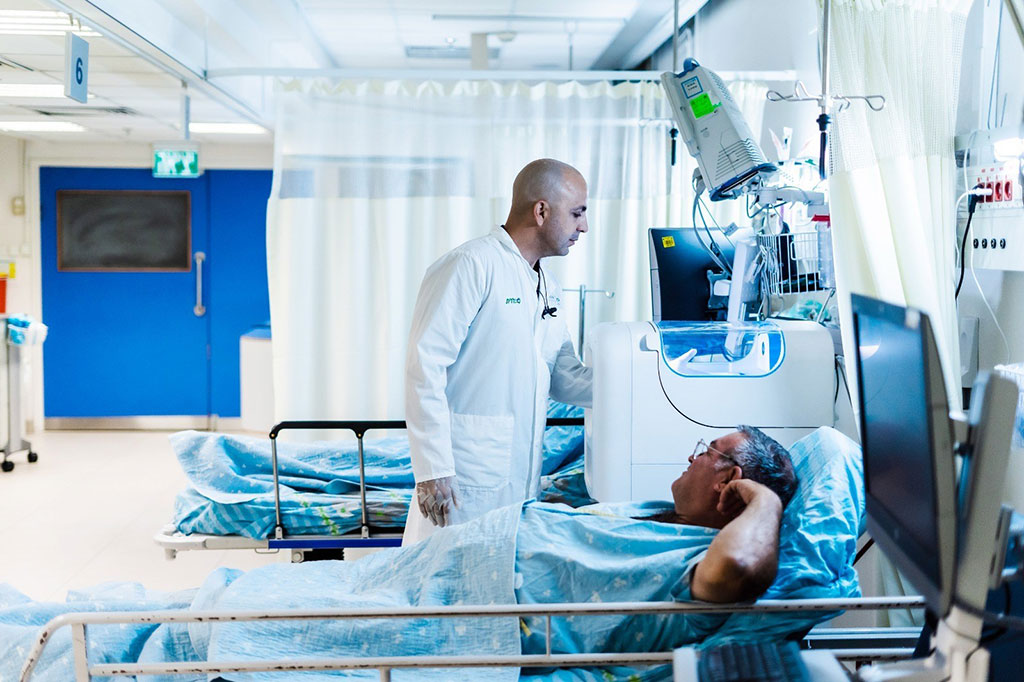 Image: An IGIN device at a patient’s bedside (Photo courtesy of IGIN)
A novel system fits sterile gloves to a user's hand in a matter of seconds, and without human touch that can lead to contamination.

Developed by IGIN Tech (Tel Aviv, Israel), the IGIN is designed to fit a glove to the user's hand automatically. It is intended for use by medical staff, laboratory technicians, clean rooms in manufacturing plants (pharmaceuticals, food, semiconductors), in airports, and more. A cloud-based customer relationship management (CRM) system provides advanced tracking and control for ordering gloves according to stock, according to the needs of different teams and departments, and according to proper compliance with usage procedures.

Device technology is based on the elastic nature and amorphous structure of latex and vinyl glove materials. The gloves are worn by inserting both hands into the device; vacuum technology is first used to inflate the gloves once automatic sensors detect the presence of a user’s hands, and deflated once donned. A large observation window makes the whole process visible for the user to confirm placement. Used gloves are placed in a recycling bin following disinfection. The system contains six removable cartridges, each with 83 gloves.

“The system we are launching is revolutionizing one of the most common uses during a medical treatment - wearing sterile gloves. Today, 5.8 billion sterile gloves are used every day around the world, so we are talking about a significant source of contamination,” said Orna Goldberg, CEO of IGIN. “This situation can be prevented through our system that for the first time ever, performs the process of wearing the glove in less than five seconds, while at the same time saving operating costs.”

It is estimated that close to half of the gloves used worldwide are discarded even before being used, for a variety of reasons, including tearing the glove while putting it on, taking several gloves out of the box at once, and so on. Another important point is that many infections are caused as a result of wearing gloves incorrectly or leaving glove boxes open.