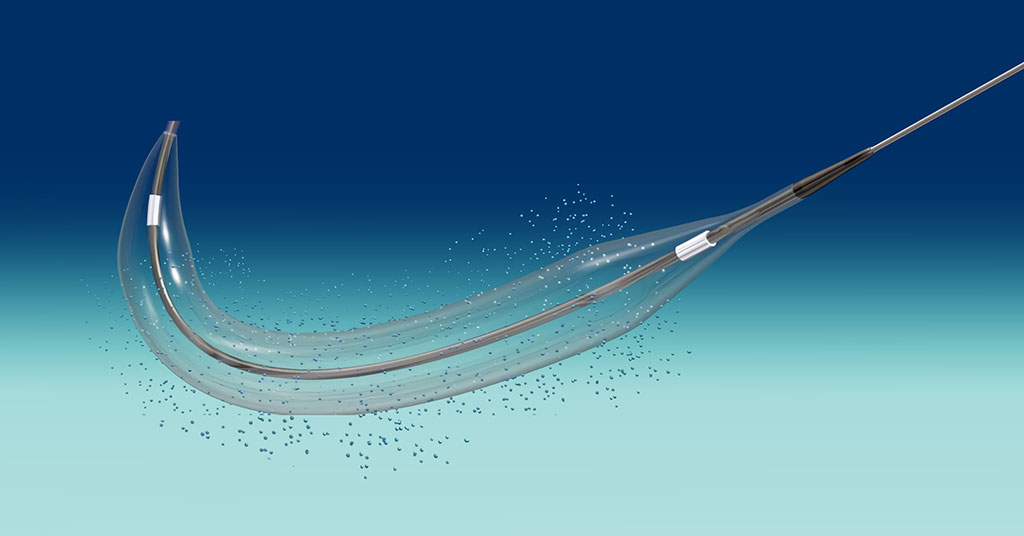 The MedAlliance (Nyon, Switzerland) Selution sustained limus release (SLR) balloon technology is based on unique micro-reservoirs made from a biodegradable polymer intermixed with the anti-restenotic drug Sirolimus. The manufacturing process for the SEB micro-reservoirs results in millions of miniature, precisely formed, drug delivery pods, of uniform size and with the same drug elution properties. The micro-reservoirs bind to the surface of the SEB, using a proprietary cell adherent technology (CAT) process.

This mixes the micro-reservoirs with amphiphatic lipids--containing both positive and negative ions--that envelop them to ensure they remain on the SBE during its insertion into the artery and delivery to the lesion. Once expanded, the amphiphatic lipid carrier is attracted to negatively charged membranes in the endothelial cells, resulting in adhesion of the micro- reservoir coating, and subsequently providing the controlled, sustained release of the drug. After more than 90 days, the micro-reservoirs are fully biodegraded, and the vessel is returned to its natural state, with nothing left behind.

“Selution SLR is designed to deliver the same safety and performance as best-in-class drug eluting stent technology, with the added benefit of leaving nothing behind,” said Jeffrey Jump, chairman and CEO of MedAlliance. “Our breakthrough technology has shown to be effective and safe in below the knee diseases in highly complex patients.”

Sirolimus is a macrolide rapamycin (mTOR) macrocyclic lactone inhibitor used to coat coronary stents, prevent organ transplant rejection, and treat a rare lung disease called lymphangioleiomyomatosis. It is naturally produced by the bacterium Streptomyces hygroscopicus and was isolated for the first time in 1972 by Surendra Nath Sehgal from samples found on Easter Island, which led to its original name, rapamycin after the native name of the island, Rapa Nui.