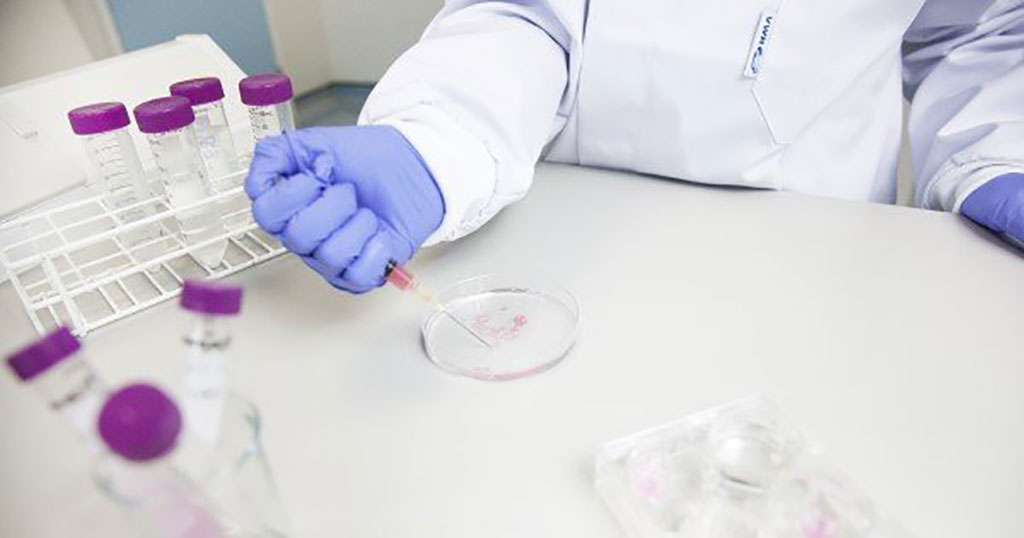 For years, scientists have been looking for ways to introduce new cells into damaged hearts as a way to repair it and reduce the risk of progression to heart failure. But historically, when cells have been injected directly into the heart, only 1% have remained in place and survived. Now, researchers have developed a new biodegradable gel that can be safely injected into the beating heart to act as a scaffold for cells to grow new tissue. The researchers hope their gel will become a key part of future regenerative treatments for damaged hearts.

The new biodegradable gel developed by scientists at the University of Manchester (Manchester, UK) in research funded by the British Heart Foundation (BHF, London, UK) can help to improve the delivery of cells directly into the living heart and could form a new generation of treatments to repair damage caused by a heart attack. The gel is made of chains of amino acids called peptides, the building blocks of proteins. The bonds between the peptides mean that the gel can exist in different states. When it’s under stress the peptides disassemble and behave like a liquid, making it ideal for injecting. When the stress is removed the peptides re-assemble almost immediately and behave like a solid, holding the cells in place as they graft onto the heart.

For any successful treatment, a good blood supply will be vital for the injected cells to develop into new tissue. The researchers saw early signs of blood vessel growth into the gel, proving the technology could boost growth of new vessels. They also showed that the gel can support growth of normal heart muscle tissue. When they added human cells that had been reprogrammed to become heart muscle cells into the gel, they were able to grow them in a dish for three weeks and the cells started to spontaneously beat.

In order to prove that this technology could work in a living heart, the team injected the gel with a fluorescent tag into the hearts of healthy mice. The fluorescent tag revealed that the gel remained in the heart for two weeks. Echocardiograms (ultrasounds of the heart) and electrocardiograms (ECGs, which measure the electrical activity of the heart) confirmed that the injection is safe for the heart. The researchers now plan to trial this treatment in mice straight after a heart attack, to see whether the heart cells can develop new muscle tissue and help restore the heart’s ability to pump efficiently.

“While it’s still early days, the potential this new technology has in helping to repair failing hearts after a heart attack is huge,” said Katharine King, a BHF-funded PhD student at the University of Manchester, who led the research. “We’re confident that this gel will be an effective option for future cell-based therapies to help the damaged heart to regenerate.”

“This new injectable technology harnesses the natural properties of peptides to potentially solve one of the problems that has hindered this type of therapy for years,” added Professor James Leiper, Associate Medical Director at the British Heart Foundation. “If the benefits are replicated in further research and then in patients, these gels could become a significant component of future treatments to repair the damage caused by heart attacks.”