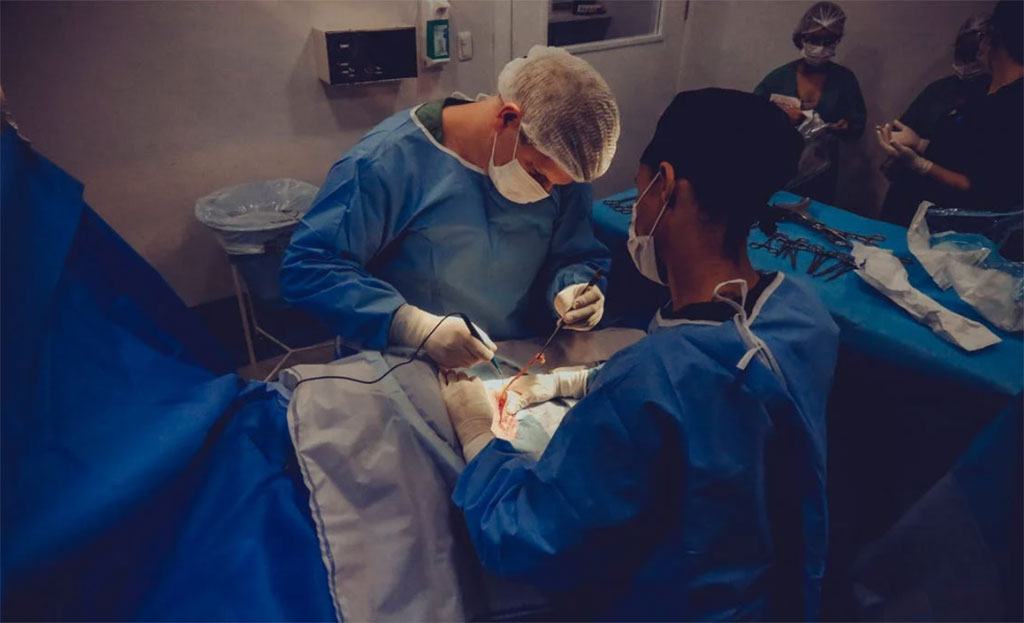 Individuals with a high body mass index (BMI) have a substantial risk of developing type 2 diabetes, heart disease, and other severe conditions. For some of these individuals, gastric bypass surgery is often the best option. The procedure creates a small pouch from the stomach and connects it directly to the small intestine. As a result, patients will feel full after eating less food. In some cases, patients can shed more than 30% of their body weight after surgery and keep it off for at least seven years. Diabetes is less common after gastric bypass but predicting which patients will have a remission of the disease or a later recurrence has been challenging. Now, a newly developed test could help doctors more accurately predict whether individuals who undergo gastric bypass surgery will experience a remission of type 2 diabetes within two years of the procedure.

Scientists at the University of Utah Health (Salt Lake City, UT, USA) developed the test, which measures blood levels of ceramides, a waxy, fat-like substance similar to cholesterol, can also be used to assess the likelihood that a gastric bypass patient will have a recurrence of type 2 diabetes within a decade. In previous studies, the scientists had found that ceramides can reduce the amount of insulin a body can produce or use, increasing the likelihood that a person will develop type 2 diabetes. Intrigued, they decided to examine the association between ceramides, diabetes, and severe obesity. For their study, the scientists analyzed blood samples from 1,156 individuals, ages 18-72, collected over a 12-year span. The subjects were divided into three groups: 418 people who underwent gastric bypass surgery; 417 who did not have surgery because they were denied insurance coverage; and 321 severely obese individuals who did not consider the surgery.

The researchers chose to have two control groups to account for the possibility that those who were denied insurance coverage were more motivated to diet, exercise, and engage in other weight-loss strategies than those who had no interest in gastric bypass. Overall, the scientists found that low ceramide levels prior to gastric bypass surgery predicted which patients would achieve remission of the diabetes two years later. Of the 67 gastric bypass patients who had diabetes prior to surgery, 49 (73%) either had transient or sustained remission of their type 2 diabetes. However, those individuals with high ceramides did not achieve diabetes remission, regardless of weight change.

Among its limitations, the study did not include a group of lean individuals. As a result, they were unable to determine if ceramide levels influence diabetes progression beyond a severely obese population. The researchers also did not prevent participants from pursuing weight loss interventions or lifestyle changes beyond the scope of the study, which focused specifically on Roux-en-Y, the most common gastric bypass surgery. While the data linking high ceramide levels to diabetes is strong, more research is needed before routine ceramide testing can be recommended, according to the scientists. As part of that effort, the team plans to analyze the association between ceramides levels and diabetes progression in other populations.

“These human studies validate our prior findings in rodents that ceramides are major drivers of diabetes. They also reveal a new tool in the physician’s arsenal for managing the health of the increasing number of people undergoing bariatric surgery,” said Scott Summers, Ph.D., corresponding author of the study.

“To our knowledge, this is the first study to evaluate the role that ceramides play in type 2 diabetes disease progression in a severely obese population,” added Annelise M. Poss, Ph.D., lead author of the study and a former graduate student in Summers’ lab. “By measuring ceramides in this population, we believe we have detected an important biomarker that can be reliably used to better predict the course of type 2 diabetes among patients who undergo gastric bypass.”