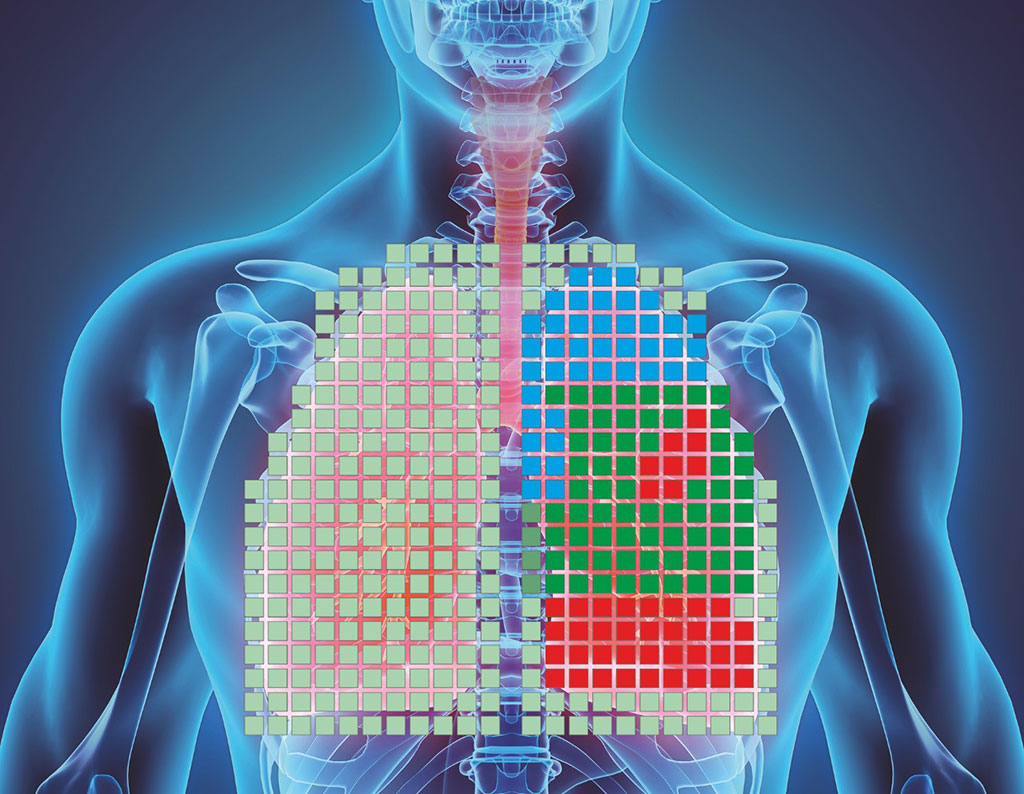 Patients with severe respiratory or lung diseases require intensive treatment and their lung function needs to be monitored on a continuous basis. For over 200 years, the stethoscope has been a standard tool for doctors who use them to listen very accurately to heartbeats and the lungs and, as a result, to diagnose illnesses. Now, the stethoscope is getting some help. A team of researchers has developed a technology whereby noises in the lungs are recorded using a textile vest with integrated acoustic sensors. The signals are then converted and displayed visually using software. In this way, patients can be discharged early from the intensive care unit (ICU) but can still be monitored continuously. The technology increases the options for diagnosis and improves the patient’s quality of life.

As part of the Pneumo.Vest project, researchers at Fraunhofer IKTS (Dresden, Germany) have developed a textile vest with integrated acoustic sensors, presenting a high-performance addition to the traditional stethoscope. Piezoceramic acoustic sensors have been incorporated into the front and back of the vest to register any noise produced by the lungs in the thorax, no matter how small. A software program records the signals and electronically amplifies them, while the lungs are depicted visually on a display. As the software knows the position of each individual sensor, it can attribute the data to its precise location. This produces a detailed acoustic and optical picture of the ventilation situation of all parts of the lungs. But what is particularly special about the system is that it collects and stores the data permanently, examinations can take place at any given time and in the absence of hospital staff.

Pneumo.Vest also indicates the status of the lungs over a period of time, for example over the previous 24 hours. Needless to say, traditional auscultation can also be carried out directly on the patients. However, instead of carrying out auscultation manually at different points with a stethoscope, a number of sensors are used simultaneously. Alongside the acoustic sensors, the software is at the core of the vest. It is responsible for storing, depicting and analyzing the data. It can be used by the doctor to view the acoustic events in specific individual areas of the lungs on the display. The use of algorithms in digital signal processing enables a targeted evaluation of acoustic signals. This means it is possible, for example, to filter out heartbeats or to amplify characteristic frequency ranges, making lung sounds, such as rustling or wheezing, much easier to hear.

On top of this, the researchers are now developing machine learning algorithms. In the future, these will be able to structure and classify complex ambient noises in the thorax. Then, the pneumologist will carry out the final assessment and diagnosis. Patients can also benefit from the digital sensor alternative. When wearing the vest, they can recover without requiring constant observation from medical staff. They can transfer to the general ward and possibly even be sent home and move about more or less freely. Despite this, the lungs are monitored continuously, and any sudden deterioration can be reported to medical personnel straight away. The technology was initially designed for respiratory patients, but it also works well for people in care facilities and for use in sleep laboratories. It can also be used to train young doctors in auscultation. The first tests have shown that the concept is successful in practice.

Pneumo.Vest is a product that is cut out for the increasingly strained situation at hospitals. Millions of patients with respiratory or lung diseases require inpatient treatment every year, with most of them connected to a ventilator for more than 24 hours. This does not take into account the current increase in respiratory patients due to the COVID-19 pandemic. As a result of increasing life expectancy, the medical industry also expects the number of older patients with breathing problems to increase. With the help of the new technology, the burden on hospitals and, in particular, costly ICUs can be relieved as their beds will no longer be occupied for quite as long.

“Pneumo.Vest is not looking to make the stethoscope redundant and does not replace the skills of experienced pneumologists,” explained Ralf Schallert, project manager at Fraunhofer IKTS. “However, auscultation or even CT scans of the lungs only ever present a snapshot at the time of the examination. Our technology provides added value because it allows for the lungs to be monitored continuously in the same way as a long-term ECG, even if the patient is not attached to machines in the ICU but has instead been admitted to the general ward.”