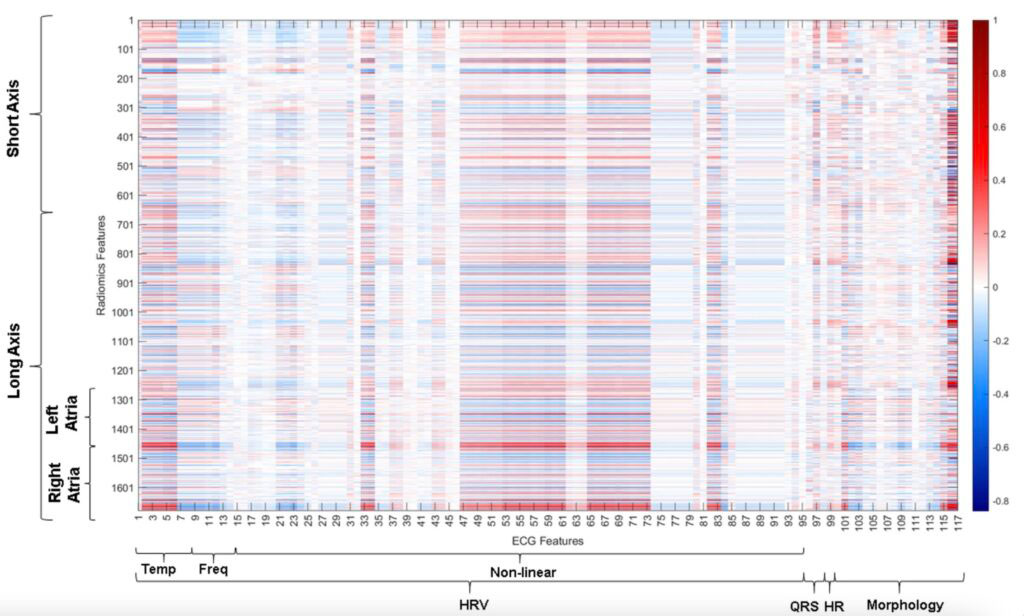 Atrial fibrillation (AF) is a heart condition characterized by an irregular and often abnormally fast heart rhythm. The most commonly encountered cardiac arrhythmia, it happens when abnormal electrical impulses suddenly occur in the heart’s upper chambers, or atria, causing them to beat out of sync with the heart’s lower chambers, or ventricles. AF can cause problems such as dizziness, shortness of breath and tiredness, and it also increases the risk of stroke and heart failure. The main clinical tool for diagnosing AF is the ECG. It is widely used to spot abnormalities in heart rhythms and waveforms. However, an ECG recorded at a single time point may not detect individuals with paroxysmal AF, which is intermittent AF episodes that end within seven days, either on their own or with treatment. Another tool, cardiovascular magnetic resonance (CMR) imaging, plays an important role in assessing the function and structure of the cardiovascular system. Additionally, CMR radiomics has attracted a lot of interest because of its potential to enhance diagnostic accuracy through its ability to extract a large number of features from medical images using data characterization algorithms. Now, if ECG features and CMR radiomics were to be combined, would this improve AF detection?

New research supported by euCanSHare (Barcelona, Spain) and HealthyCloudEU (Barcelona, Spain) has revealed that a model combining ECG features and cardiac imaging-derived radiomics data improves the detection of AF in women. The researchers used information from a large-scale health database called the UK Biobank. A total of 32 121 participants with an average age of 63 years were included in the study. An estimated 51 % were female. Of all the participants, 495 had prevalent AF. The research team found that their integrative model combining radiomics and ECG had better results than ECG alone, especially in women. Adding radiomics led to a considerable increase in sensitivity in the case of women, resulting in improved detection of AF events.

“ECG had a lower performance in women than men … but adding radiomics features, the accuracy of the model was able to improve significantly. Our findings provide novel insights into AF-related electro-anatomic remodelling and its variations by sex. The integrative radiomics-ECG model also presents a potential novel approach for earlier detection of AF,” the authors concluded.