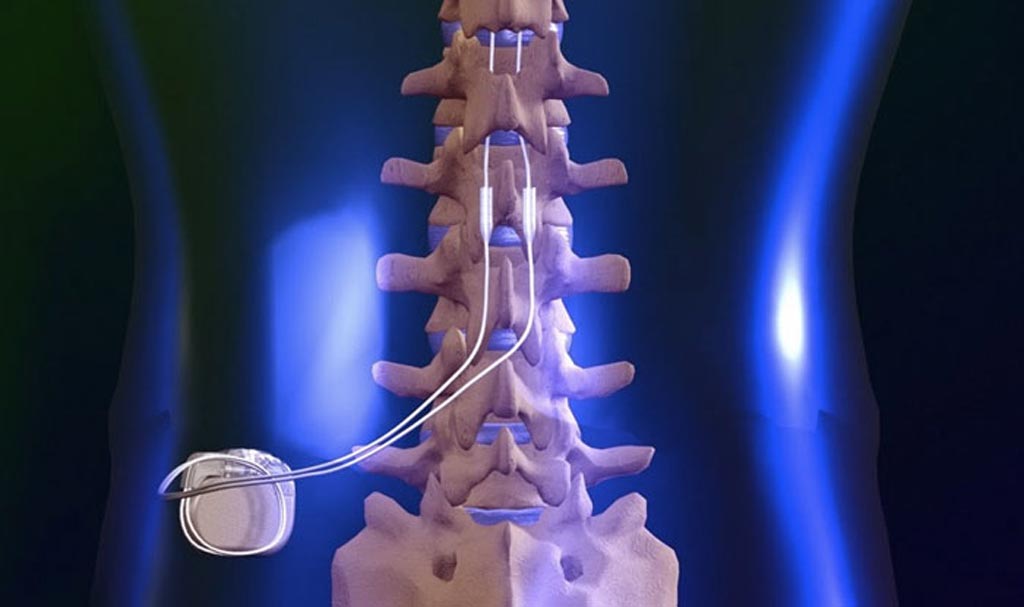 “We were surprised by how large an effect these therapies have on spinal fusion,” said senior author Daniel Sciubba, MD, of the JHU-SOM department of neurosurgery. “It was also encouraging to see that the preclinical data aligned with the clinical evidence, which supports future translational research efforts in spine surgery. Ultimately, we hope our findings will help to inform patients and providers to enhance outcomes following spinal fusion.”

DCS requires implantation of a stimulation device, usually done at the time of spinal fusion surgery. Via electrodes, the battery-powered device delivers a small direct current of electricity to the area where fusion needs to occur. CCS is noninvasive; the external device uses two small electrode pads placed on the skin over the region of desired bone fusion, which produce an electrical field surrounding the region when powered by an external alternating current generator. ICS involves the use of coils placed on the skin to produce an electromagnetic field to induce bone fusion.