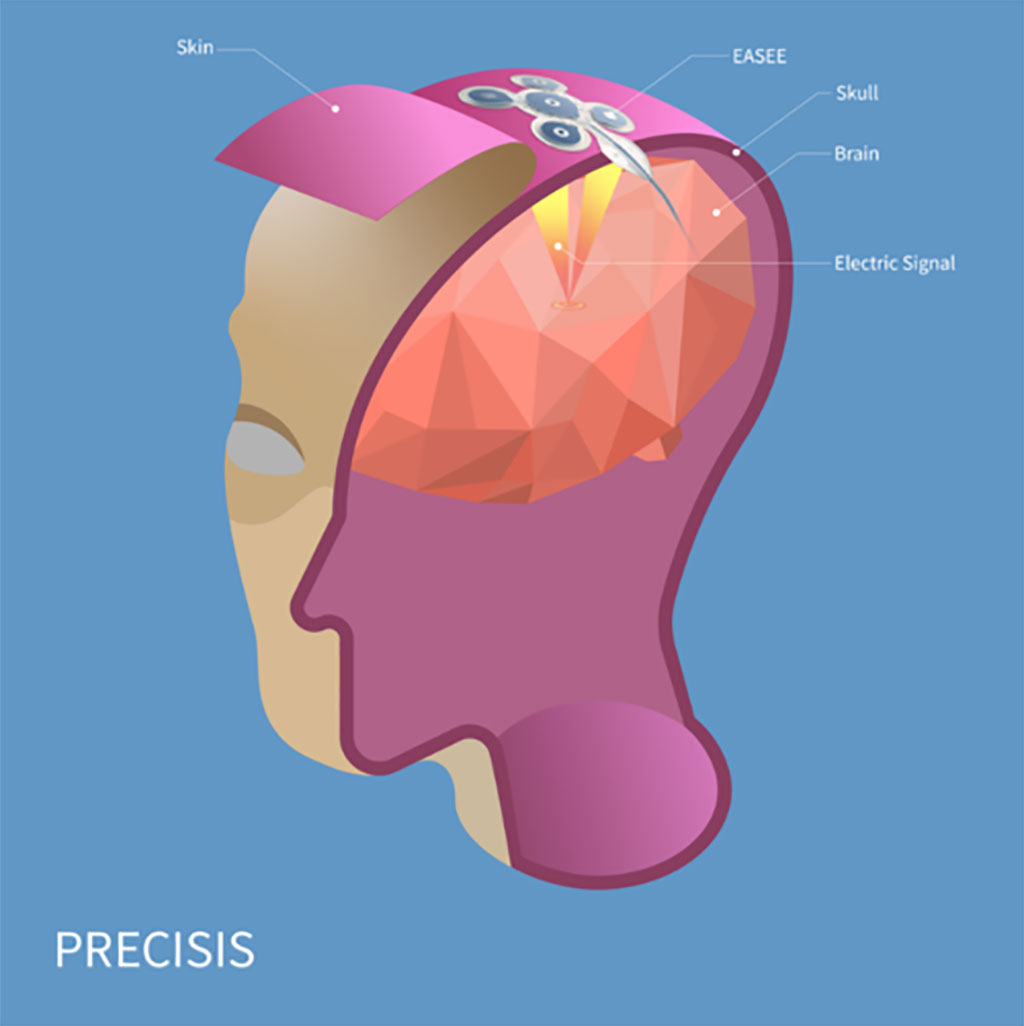 The treatment of patients with epilepsy always begins with medication. However, for decades there has unfortunately been a consistently large group of around 30% of all patients for whom pharmacological treatment is not sufficiently effective. These drug-refractory patients wait an average of 22 years before they are offered further technical or surgical treatment options. Now, a novel risk-minimized brain pacemaker offers a new technological therapy option for drug-refractory focal epilepsies.

The minimally invasive brain pacemaker EASEE (Epicranial Application of Stimulation Electrodes for Epilepsy) from Precisis GmbH (Heidelberg, Germany) is a system for individualized brain stimulation, which is placed anatomically precisely over the epileptic origin in the brain but is surgically placed only under the scalp. This means that the cranial bone is not opened, and the brain itself remains untouched. The thin EASEE electrodes are placed under the scalp and send bioelectric pulses to the location in the brain where the epileptic seizures originate from.

The thin plane electrodes are not visible from the outside and ensure unrestricted freedom of movement for the patient. The therapeutic pulses can be individually adapted to each patient, and optimizations can be made regularly throughout the duration of the treatment; the patients do not feel the stimulations. The safety and effectiveness of the implant have been proven in two European multi-center studies, and EASEE has received the CE certification based on the data from the two clinical studies. The CE mark certifies that EASEE meets the specified safety and performance requirements. Accordingly, EASEE will be available for adult epilepsy patients with immediate effect.

"The primary goal of the studies was to demonstrate the system's safety. However, it was particularly interesting for the patients and us, to see the reduction in seizures and to see continued improvement in seizure control," said Prof. Schulze-Bonhage, MD, Head of Department of the Epilepsy Center at the Neuro center of the University Hospital Freiburg, Head of the Clinical Studies on EASEE. “The data evaluation after six months showed a reduced frequency of seizures of at least 50% in 17 of 33 participants. After six months of stimulation, four patients were completely free of seizures. The low-risk implantation procedure and the outstandingly positive spectrum of side effects suggest that EASEE will be a future therapeutic option for drug-refractory focal epilepsies."