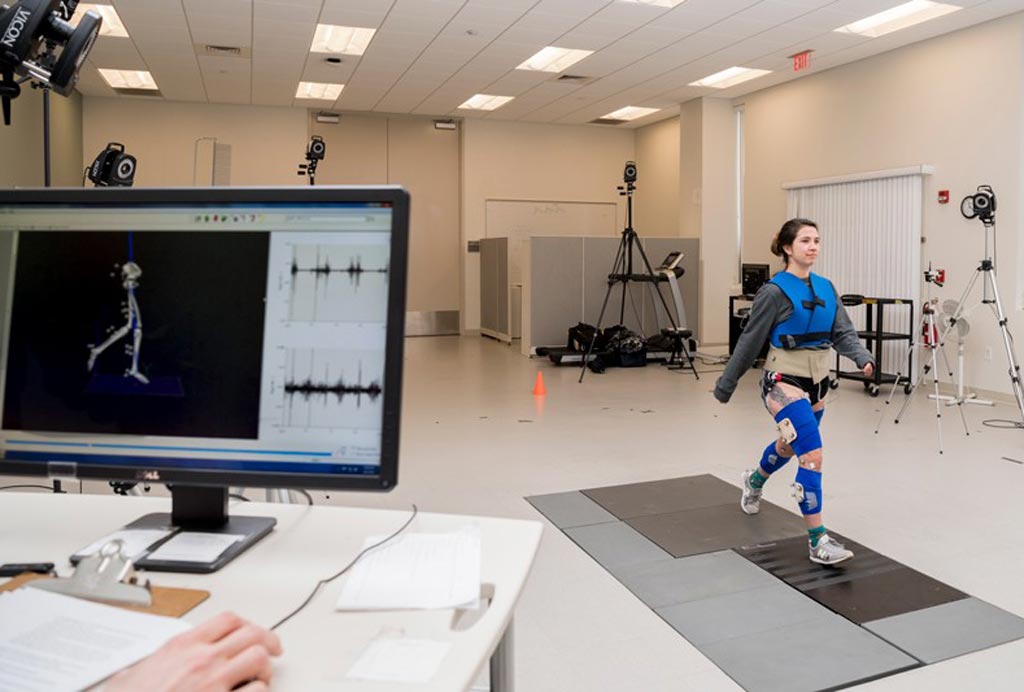 Researchers at the University of Delaware (UDEL; Newark, USA) used MRI test results, finite element models, gait analysis, and biochemical analysis to study ACL injuries and determine which stresses on knee cartilage may be indicative of osteoarthritis (OA). To do so, they evaluated knee gait variables, muscle co‐contraction indices, and knee joint loading in 36 young subjects with ACL deficiency and 12 control subjects. Motion capture video and MRI were used assess the effects of ACL tears on gait, and an electromyography‐informed model was used to estimate joint loading.

The results revealed that for the involved limb of ACL deficiency subjects, muscle co‐contraction indices were higher for the medial and lateral agonist–antagonist muscle pairs than in the controls; but despite the higher muscle co‐contraction, medial compartment contact force was lower for the involved limb, compared to both the uninvolved and the control subject limb. Similar observations were made for total contact force. For involved versus uninvolved limb, the ACL deficiency group showed lower vertical ground reaction force and knee flexion moment during weight acceptance. The study was published in the January 2019 issue of the Journal of Orthopaedic Research.

“We hypothesized that, compared to control subjects, the ACL deficiency subjects would demonstrate greater muscle co‐contraction, muscle forces, and medial compartment loading in the involved knee,” said senior author Professor Tom Buchanan, PhD, director of the UDEL Delaware Rehabilitation Institute. “But this study suggests that arthritis isn’t just caused by really high forces, but can also be caused by too low forces on the joint. The ideal range of forces may in fact be a very narrow window. Based on what we identify, maybe physical therapists could treat patients differently.”

The ACL is a broad, thick collagen cord that originates on the anterior femur, in the intercondylar notch, and inserts on the posterior aspect of the tibial plateau. The ACL guides the tibia through a normal, stable range of motion, along the end of the femur, maintaining joint stability. Unfortunately, the ligament is poorly vascularized, and thus has no ability to heal after a complete tear, leading to further destruction of the articular and meniscal cartilage over time.