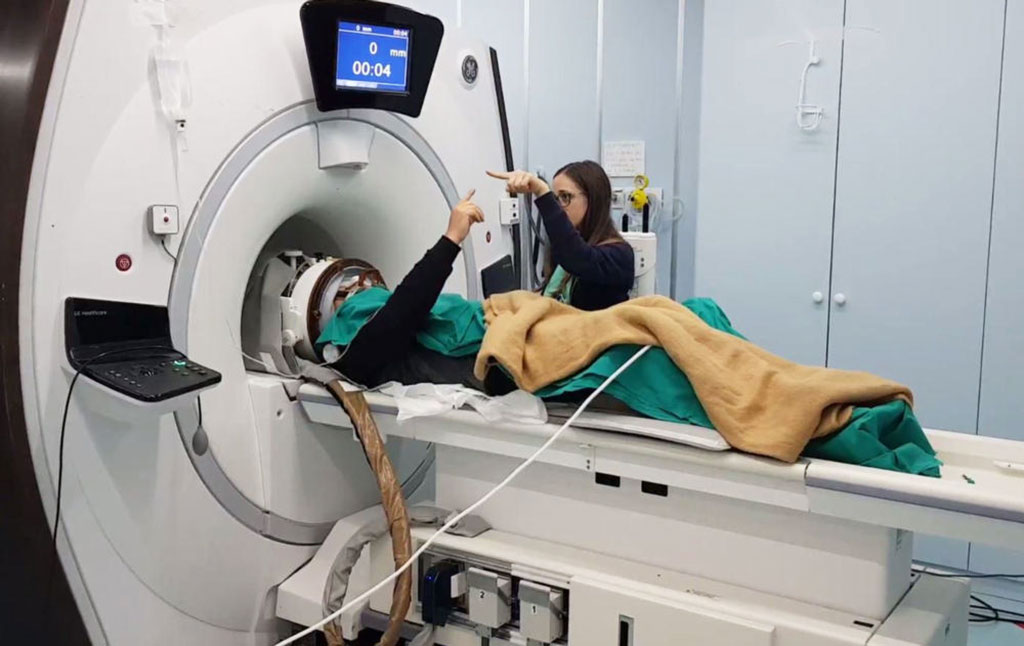 Researchers at the University of L'Aquila (Italy) conducted a study involving 39 patients (average age 64.5 years), who suffered from disabling tremors for an average of more than 10 years, and that had not responded to treatment. The patients (18 with ET and 21 with PD) were evaluated for tremor severity and quality of life before MRgFUS thalamotomy, immediately after treatment, and over the course of the ensuing year. The procedures were performed with the InSightec (Dallas, TX, USA) ExAblate Neuro device, under guidance of a 3T magnetic resonance imaging (MRI) scanner.

The results showed that in 95% of the patients, substantial and immediate reduction of tremor severity was seen, which was sustained during follow-up evaluations. Patient response to treatment, which was measured by calculating fractional anisotropy values in the ventral intermediate nucleus, correlated with the severity of tremors changes under the Fahn-Tolosa-Marin scale. Quality of life improved substantially in both the ET and PD groups. The study was presented at the annual meeting of the Radiological Society of North America (RSNA), held during December 2019 in Chicago (IL, USA).

“As a minimally invasive approach, focused ultrasound has advantages over deep brain stimulation, including a reduced risk of complications from bleeding and infections,” said lead author radiologist Federico Bruno, MD, of the department of biotechnological and applied clinical sciences at the University of L'Aquila. “Another advantage is the immediate effect this treatment provides, unlike deep brain stimulation which requires a break-in period for the electrostimulation. Additionally, treatment with MRgFUS requires shorter hospitalization, and is a fairly well-tolerated procedure even by more fragile patients.”

“Currently, MRgFUS thalamotomy is only available at a limited number of sites worldwide. Few patients know of this treatment option so far, and there are not many specialized centers equipped with the required technology,” concluded Dr. Bruno. “The clinical application of this technique for neurological diseases is an absolute novelty. Improvements in neuroimaging techniques that allow for greater precision and detail in planning, implementation, and monitoring over time of the treatment should also expand its availability.”

MRgFUS thalamotomy is an incisionless interventional radiology procedure in which focused beams of sound energy are used to heat and destroy the thalamus. The procedure gives relief to the opposite side of the body, meaning that treatment to the right side of the brain would relieve tremors on the left side of the body, and vice versa.