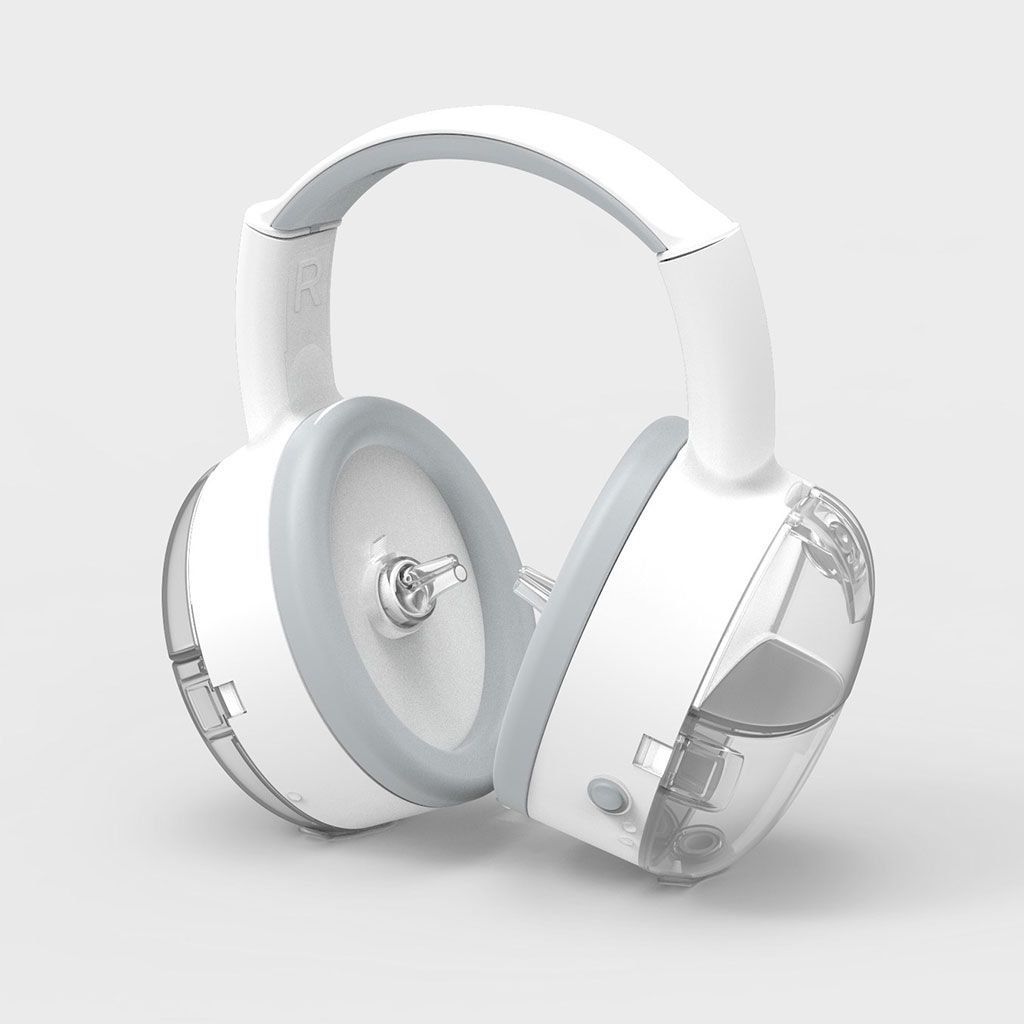 The SafKan Health (Seattle, WA, USA) OtoSet is an automated wearable ear cleaning system that combines irrigation and micro-suction technology to facilitate rapid bilateral and unilateral earwax removal. The device features liquid solution containers that provide a directed flow from the disposable ear tips towards the walls of the ear canals to breakdown the earwax. Continuous suction draws the liquid and earwax back through the ear tips and into disposable waste containers. Over 50 earwax removal procedures can be performed per battery charge.

“The headset has disposable silicone nozzles that spray a warm saline solution against the walls of the ear canal while sucking the solution and wax back into the nozzles and disposable outflow containers, avoiding messy spills,” said Sahil Diwan, CEO of SafKan Health. “SafKan Health is now developing a consumer version of the device that can be used to prevent excessive earwax buildup from home. We plan to do for your ears what electric toothbrushes have done for your teeth.”

“For the last 200 years, the standard of care for the earwax removal procedure has been the ear and bladder syringe. OtoSet brings ear care into the 21st century,” said Stephen Meyer, former President and CEO of Welch Allyn. “I am excited to serve on the SafKan Health Board and to achieve the vision we have outlined together as a team.”

Earwax is a brown, orange, red, yellowish, or gray waxy substance secreted in the ear canal that protects skin, assists in cleaning and lubrication, and provides protection against bacteria, fungi, and water. It consists of dead skin cells, hair, and secretions of cerumen by the ceruminous and sebaceous glands of the outer ear canal. Major components of cerumen include long chain fatty acids, both saturated and unsaturated, alcohols, squalene, and cholesterol.