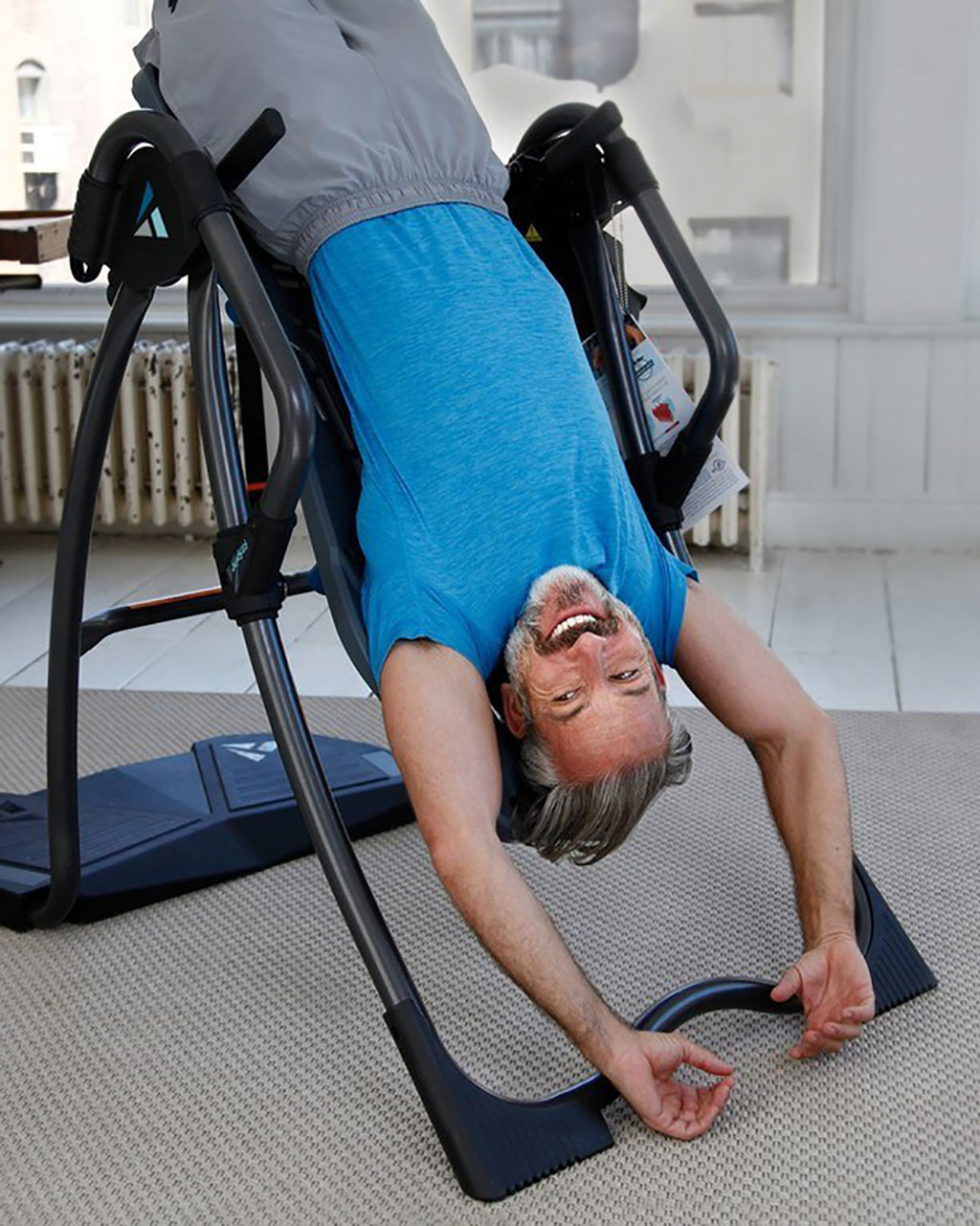 Image: Inversion Tables can help reduce the need for back surgery by 50% (Photo courtesy of Teeter)
Inversion tables can alleviate pain and symptoms in sciatica patients so that they may avoid surgery altogether, according to a new study.

Researchers at Newcastle University (United Kingdom), the Royal Victoria Infirmary (Newcastle upon Tyne; United Kingdom), and other institutions conducted a study that compared surgery rates following inversion therapy in 85 participants with sciatica and lumbar disc disease, who acted as their own control for the symptomatic part of the study. Inversion therapy was provided via a Teeter (Bonney Lake, WA, USA) inversion table.

The resulted showed that inversion therapy relieved pain symptoms compared with pre-treatment status, on a visual analog scale (VAS) score (by 74%), and on the Roland Morris and the Oswestry Disease indices (by 69% and 75%, respectively); 39% also reported that they eliminated the use of pain medication. In addition, two year surgery rate in the inversion participants in the registry (21%) was significantly lower than in the control group (39% at two years, and 43% at four years). The study was published in November 2021 issue of the Journal of Physical Therapy Science.

“The forces that gravity exerts during inversion in patients with lumbar disc protrusions relieved their symptoms and avoided the need for surgery,” concluded lead author Alexander Mendelow, MD, of Newcastle University, and colleagues. “Also, in the inverted patients, their symptoms were significantly less severe than they were before the inversion therapy. Our study makes a strong case for setting up a large prospective randomized controlled trial of inversion therapy for these patients.”

Teeter offers three models of inversion tables for people living with back pain due to sciatica, facet syndrome, and muscle spasms, among other conditions. The table allows a person to hang upside down while resting their back, releasing spinal compression, relieving disk and joint pain, as well as reducing the intensity of back spasms.