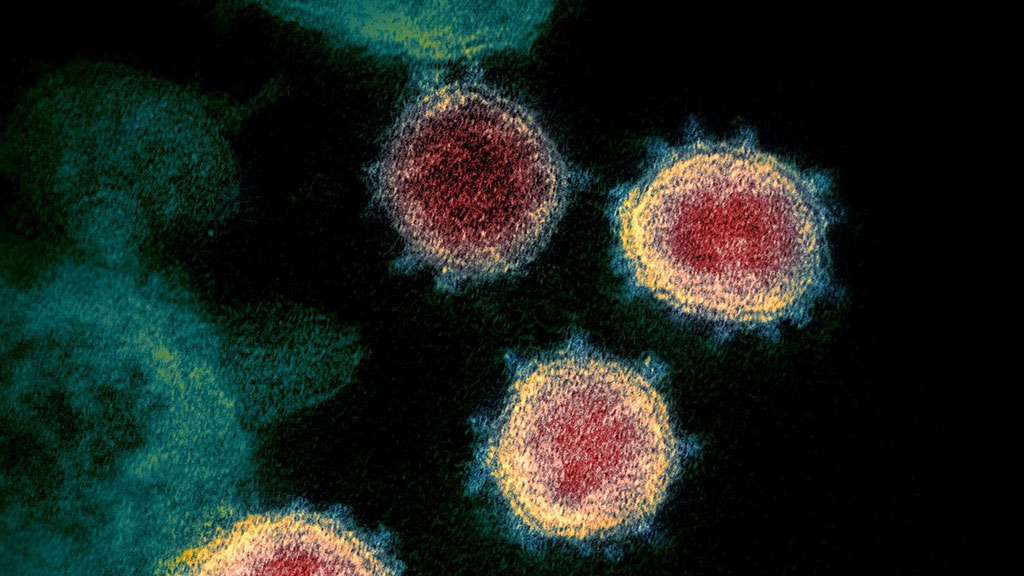 Image: A transmission electron microscope image of SARS-CoV-2 (Photo courtesy of NIAID)
Researchers have developed an artificial intelligence (AI) diagnostic that can predict whether someone is likely to have COVID-19 based on their symptoms.

The team of researchers at King’s College London (London, England), Massachusetts General Hospital (Boston, MA, USA), and ZOE, a health science company (London, England), have developed an AI model that uses data from the COVID Symptom Study app to predict COVID-19 infection, by comparing people’s symptoms and the results of traditional COVID tests. This could provide help for populations where access to testing is limited, according to the researchers who plan start to conduct two clinical trials in the UK and the US shortly.

More than 3.3 million people across the world have downloaded the app and are using it to report daily on their health status, whether they feel well or have any new symptoms such as persistent cough, fever, fatigue and loss of taste or smell (anosmia). In a study, the researchers analyzed data gathered from just under 2.5 million people in the UK and US who had been regularly logging their health status in the app, around a third of whom had logged symptoms associated with COVID-19. Of these, 18,374 reported having had a test for coronavirus, with 7,178 people testing positive.

The research team investigated which symptoms known to be associated with COVID-19 were most likely to be associated with a positive test. They found a wide range of symptoms compared to cold and flu, and warn against focusing only on fever and cough. Indeed, they found loss of taste and smell was particularly striking, with two-thirds of users testing positive for coronavirus infection reporting this symptom, as compared with just over a fifth of the participants who tested negative. The findings suggest that anosmia is a stronger predictor of COVID-19 than fever, supporting anecdotal reports of loss of smell and taste as a common symptom of the disease.

The researchers then created a mathematical model that predicted with nearly 80% accuracy whether an individual is likely to have COVID-19 based on their age, sex and a combination of four key symptoms: loss of smell or taste, severe or persistent cough, fatigue and skipping meals. Applying this model to the entire group of over 800,000 app users experiencing symptoms predicted that just under a fifth of those who were unwell (17.42%) were likely to have COVID-19 at that time. The researchers have suggested that combining this AI prediction with widespread adoption of the app could help to identify those who are likely to be infectious as soon as the earliest symptoms start to appear, focusing tracking and testing efforts where they are most needed.

“Our results suggest that loss of taste or smell is a key early warning sign of COVID-19 infection and should be included in routine screening for the disease,” said Professor Tim Spector, King's College London. “We strongly urge governments and health authorities everywhere to make this information more widely known, and advise anyone experiencing sudden loss of smell or taste to assume that they are infected and follow local self-isolation guidelines.”