Qiagen is a provider of sample and assay technologies for molecular diagnostics and applied testing, including comple... read more Featured Products: 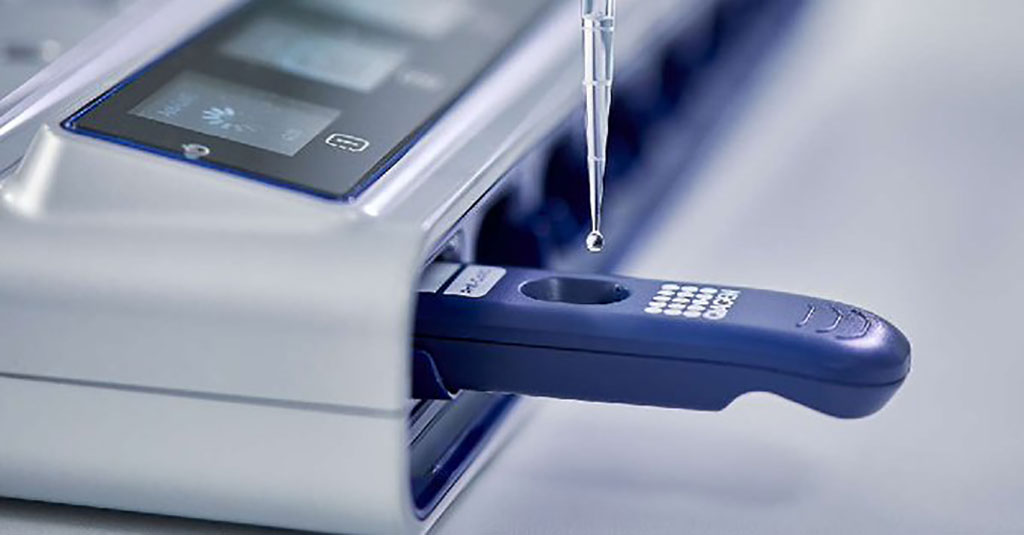 Illustration
QIAGEN N.V. (Venlo, Netherlands) plans to launch a rapid portable test that can detect SARS-CoV-2 antigens in people with active infections in less than 15 minutes and process on average around 30 swab samples per hour using a small digital detection system.

The Access Anti-SARS-CoV-2 Antigen Test uses the QIAGEN eHub that was launched in August, a rugged portable machine, to analyze nasal-swab samples from up to eight symptomatic people at once. The easy-to-use eStick uses nanoparticle fluorescent detection technology to flag the SARS-CoV-2 nucleocapsid protein, an antigen present on the surface of the virus. The device delivers negative results in 15 minutes – and in as little as three minutes in the case of a strong positive. This means one eHub can process on average about 30 tests per hour with the possibility for one user to operate more than one eHub. QIAGEN’s Access Anti-SARS-CoV-2 Antibody test, released late August, also uses the device, allowing lab professionals to run tests to detect both previous and active infections on one device at the same time - with each testing slot operating independently of the other.

The Access Anti-SARS-CoV-2 Antigen Test is designed for environments that require a high volume of fast and accurate test results. The portable test offers a new combination of speed and scale that marks an important step towards decentralized mass testing that health authorities all over the world have been urgently seeking. Two versions of the Antigen Test are scheduled for US launch in the fourth quarter - one for labs and one for point-of-care (POC) use. QIAGEN will apply for FDA Emergency Use Authorization and seek CE-IVD registration in Europe. A CLIA Waiver in the US would allow the POC version to be used in settings like airports or stadiums. Feasibility tests have shown the Access Antigen Test to have a sensitivity of at least 90% and a specificity of 100%.

“The Access Antigen Test is fast, easy to use and cost-effective and will be a valuable tool to address the so far unmet high-volume testing needs for SARS-CoV-2 antigens in situations where time is of the essence,” said Thierry Bernard, Chief Executive Officer of QIAGEN. “It will deliver highly accurate results and will complement the gold-standard PCR tests used for detection of active COVID-19 infection. PCR tests offer a high level of diagnostic accuracy but are time-consuming and lab-bound.”