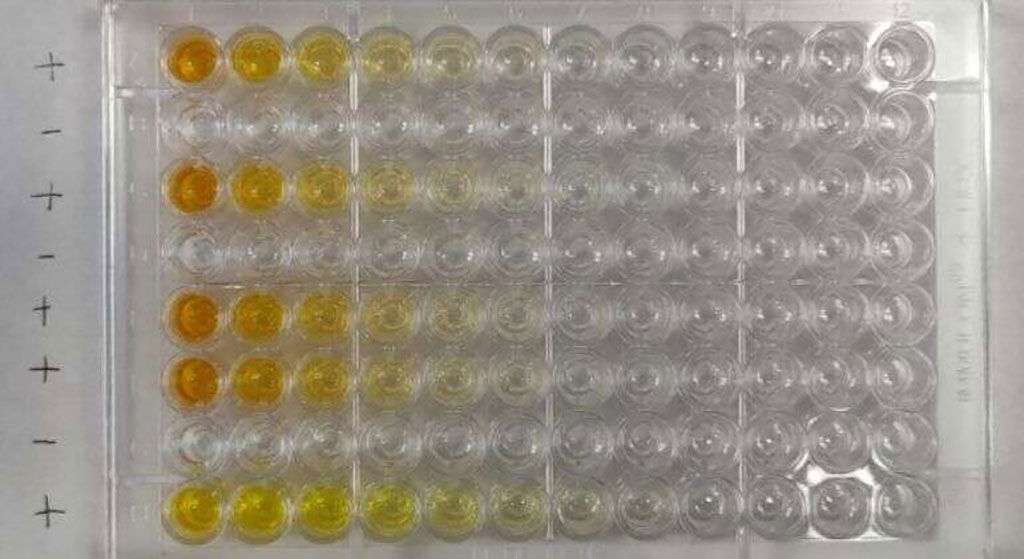 Image: More Than 90% of COVID-19 Patients Produce Strong Antibody Response to SARS-CoV-2 That Lasts for Many Months (Photo courtesy of Mount Sinai)
The vast majority of individuals infected with mild-to-moderate COVID 19 mount a robust antibody response that is relatively stable for at least five months, according to new research.

The research conducted by the Icahn School of Medicine at Mount Sinai (ISMMS New York, NY, USA) also found that this antibody response correlates with the body’s ability to neutralize (kill) SARS-CoV-2, the virus that causes COVID-19. These study findings are based on a dataset of 30,082 individuals, who were screened within the Mount Sinai Health System between March and October, 2020. The antibody test used in this research - an enzyme-linked immunosorbent assay (ELISA) - is based on the virus’s telltale spike protein that contains the machinery that enables it to attach and gain entry into human cells. The ELISA assay developed, validated, and launched at Mount Sinai detects the presence or absence of antibodies to SARS-CoV-2 and, importantly, is capable of measuring the titer (level) of antibodies an individual has. The high sensitivity and specificity of the test means that a false negative or false positive is highly unlikely.

The Mount Sinai data reveals antibody binding titers to the spike protein correlate significantly with neutralization of SARS-CoV-2 and that the vast majority of individuals with antibody titers of 320 or higher show neutralizing activity in their serum that are stable over a period of at least three months with only modest declines at the five-month time point. Although this cannot provide conclusive evidence that these antibody responses protect from reinfection, the team believes it is very likely that the antibodies will decrease the odds of getting reinfected and may attenuate disease in the case of breakthrough infection.

“While some reports have come out saying antibodies to this virus go away quickly, we have found just the opposite - that more than 90% of people who were mildly or moderately ill produce an antibody response strong enough to neutralize the virus, and the response is maintained for many months,” said Florian Krammer, PhD, Professor of Vaccinology at the Icahn School of Medicine at Mount Sinai and a senior author of the paper.