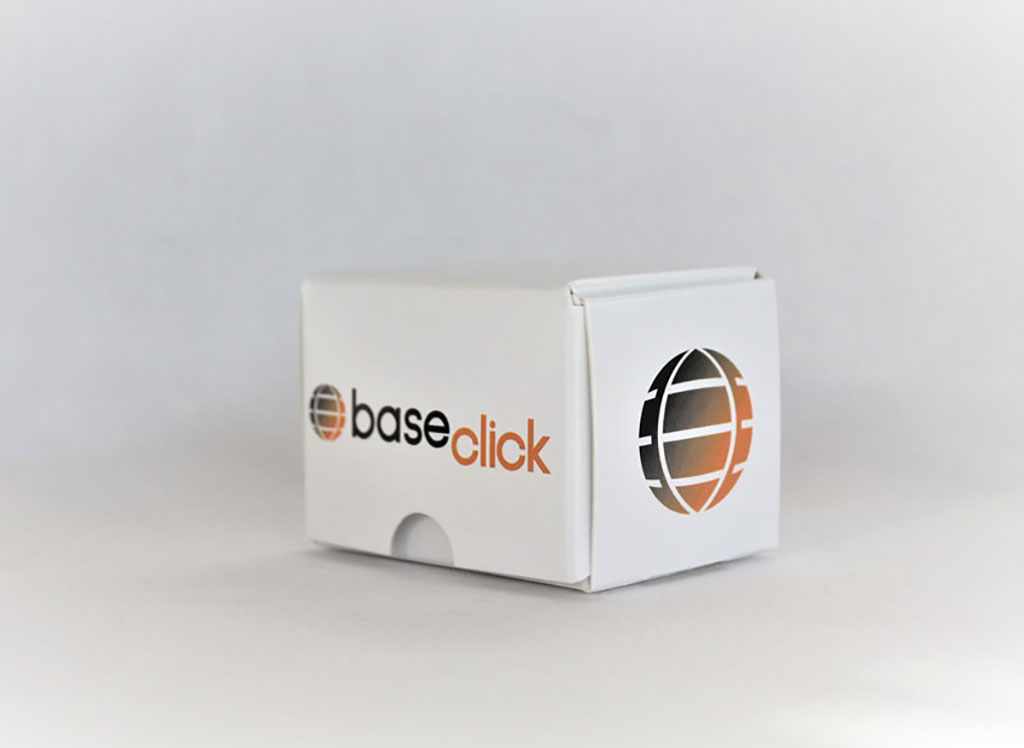 Image: Click Tech Single Strain Mutation Mapping Kit for SARS-CoV-2 (Photo courtesy of baseclick GmbH)
A new and more efficient process has been developed to determine not only predominant SARS-CoV-2 mutations but also minor occurring mutations in the virus population which might become eventually new strains.

The Click Tech Single Strain Mutation Mapping Kit for SARS-CoV-2 developed by baseclick GmbH (Munich, Germany), together with “long-read” sequence methods, such as those provided by Pacific Biosciences (Menlo Park, CA, USA) allows an exact genomic assignment and an assessment of the frequency of newly-emerging virus variants in the population. With the analysis method, it is also possible to identify all SARS-CoV-2 mutations within a COVID-19 patient, including those over the course of the disease.

Currently, genetic analysis of SARS-CoV-2 is based on the Amplicon methods. The genome part responsible for infectivity, disease progression and immunogenicity is dissected into small sections and subsequently sequenced. Mutations and thus, possible new virus variants are determined using mathematical methods. In contrast, baseclick offers a kit that generates first a 1:1 cDNA copy of the entire 30,000 base-long SARS-CoV-2 mRNA genome, irrespective of the strain involved. Secondly, overlapping genomic fragments up to 4.2 kb are amplified of critical S-E-M-N coding genome part. When coupled with existing long-read NGS technologies, these long DNA fragments can even be used to precisely distinguish and characterize multiple SARS-CoV-2 variants. This can be used to predict e.g. genome plasticity, presents of multiple strains in a patient, mutation accumulation during infection in patients, etc.

“It is good news that baseclick has now developed a highly efficient analysis method to analyze SARS-CoV-2 mutations since the increased occurrence of new SARS-CoV-2 virus strains,” said baseclick CEO Dr. Thomas Frischmuth. “With our sequencing kit, the genome section responsible for infectivity, disease progression and immunogenicity is directly analyzed and mutations can be assigned directly without any intermediate mathematical steps.”

“Research into the SARS-CoV-2 mutations and emerging virus strains is just beginning. More knowledge about this will support vaccine development, therapies and the management of this pandemic, and we are making a new and decisive contribution to this,” added Dr. Frischmuth.