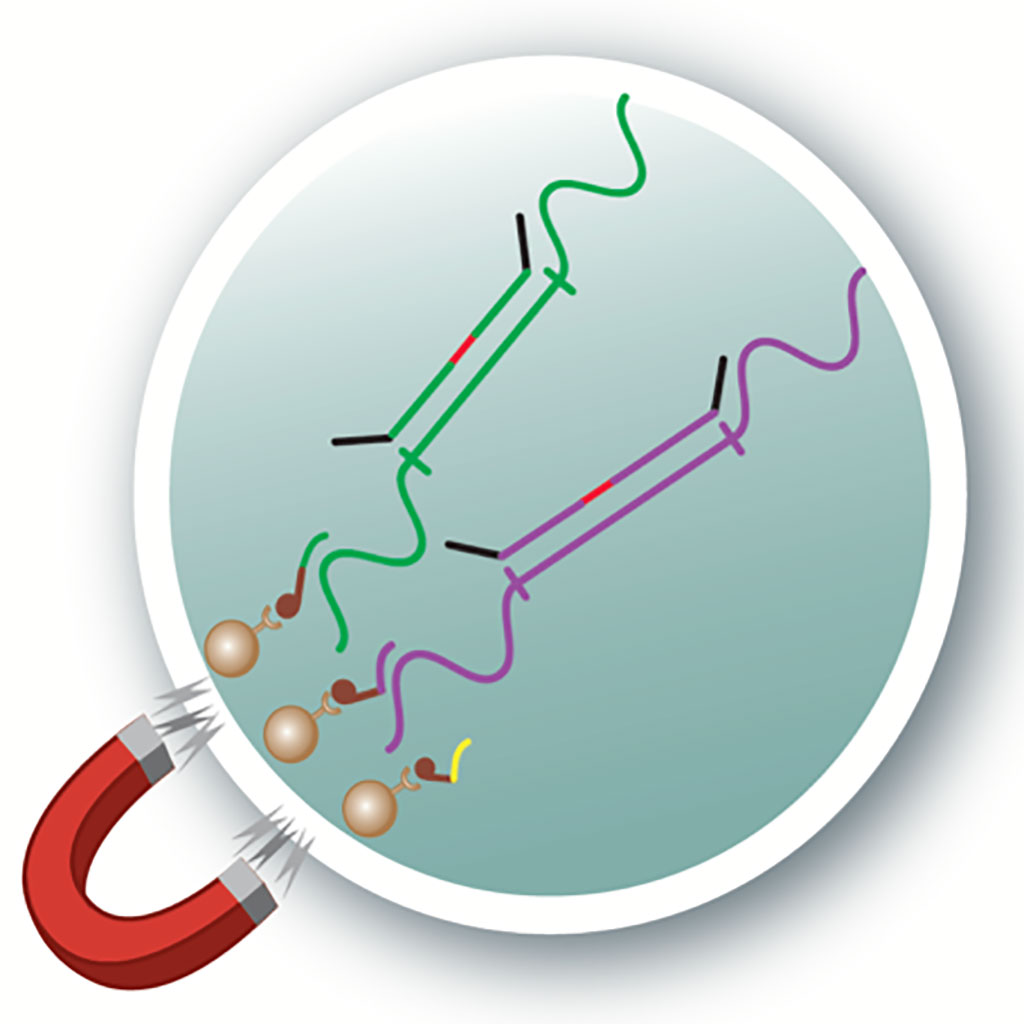 Image: Probes and magnetic beads capture RNA related to SARS-CoV-2 (Photo courtesy of Johns Hopkins Medicine)
A newly-developed test has the ability to analyze and detect the many subtle changes that can occur in the SARS-CoV-2 viral genome - so-called variants, such as those first identified in the UK and South Africa.

The technique, being developed by researchers at Johns Hopkins Medicine (Baltimore, MD, USA), scans biological specimens, including saliva or nasal swabs, using specialized DNA probes that sift through a complex “forest” of RNA sequences. The probes can detect specific RNA sequences of viruses and other disease-causing pathogens. The team has named their test “cRASL-seq” (pronounced krazzle-seek) which stands for capture RNA-mediated oligonucleotide annealing selection and ligation with next generation DNA sequencing.

The cRASL-seq test uses DNA sequencing instruments, which are able to analyze hundreds to thousands of samples at a time. Each test can detect not only SARS-CoV-2, but many other infectious organisms, say the scientists. Additionally, cRASL-seq skips a step that is required with most of the currently available tests for SARS-CoV-2. Most tests rely on RNA purification kits, which have often been in short supply, hampering efforts to test large swaths of people. The new test does not rely on such purification kits. Rather, it uses specific probes and magnetic beads to capture target RNA at the same time that the detection probes are binding to the viral RNA. The team is continuing to improve the cRASL-seq technology, expanding the test to detect additional organisms and new SARS-CoV-2 variants as they emerge.

“Detecting and tracking the genetic changes associated with these new strains is an enormous priority,” says Ben Larman, Ph.D., assistant professor of pathology and director of the Laboratory of Precision Immunology within the Institute for Cell Engineering at the Johns Hopkins University School of Medicine. “Sequencing instruments are ubiquitous now. This type of laboratory test could be adopted by centers all over the world to detect emerging pathogens and even resistance elements associated with bacterial and fungal infections.”