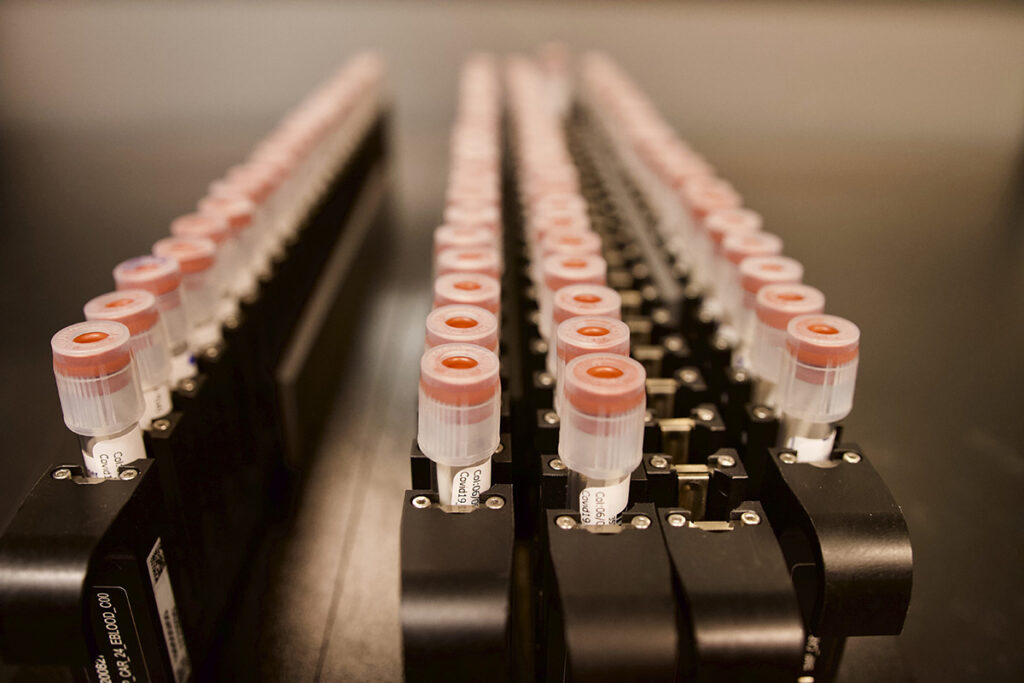 Image: COVID-19 tests in a lab at Broad Institute of MIT and Harvard (Photo courtesy of Harvard T.H. Chan School of Public Health)
A new approach to pooled COVID-19 testing can be a highly effective tool for curbing the SARS-CoV-2 pandemic, even if infections are widespread in a community.

Simple pooled testing schemes could be implemented with minimal changes to current testing infrastructures in clinical and public health laboratories, according to researchers at Harvard T.H. Chan School of Public Health (Boston, MA, USA) and the Broad Institute of MIT and Harvard (Cambridge, MA, USA).

By identifying infected individuals so that they can be treated or isolated, SARS-CoV-2 testing is a powerful tool for curbing the COVID-19 pandemic and safely reopening schools and businesses. But limited and sometimes costly testing throughout the pandemic has hampered diagnosing individuals and has hamstrung public health efforts to curtail the virus’s spread. Pooled testing, in which multiple individual samples are processed at once, could be a powerful tool to increase testing efficiency. If a pooled test comes back negative, all samples in that pool are considered negative, thus eliminating the need for further testing. If a pooled sample is positive, the individual samples within that testing group need to be tested again separately to identify which specific samples are positive. Although pooled testing has been implemented during the COVID-19 pandemic, its usefulness is curtailed when the pathogen is widespread in a community. Under those circumstances, most pooled samples could be positive and require additional testing to identify the positive individuals in each pool. This confirmatory testing eliminates any efficiencies gained by pooled testing.

To identify ways to make pooled testing more useful during widespread outbreaks, the researchers developed a model for how quantities of viral RNA - which are used to identify SARS-CoV-2 infection - vary across infected people in the population during an outbreak. This gave the researchers a very detailed picture of how test sensitivity is affected by pool size and SARS-CoV-2 prevalence. They then used the model to identify optimal pooled testing strategies under different scenarios. Using the model, testing efforts could be tailored to the available resources in a community so as to maximize the number of infections identified using as few tests as possible. Even in labs with substantial resource constraints, the team created simple pooled testing schemes that could identify as many as 20 times more infected individuals per day compared with individual testing.

“Our research adds another tool to the testing and public health toolbox,” said Michael Mina, assistant professor of epidemiology at Harvard Chan School and associate member of the Broad. “For public health agencies and clinical laboratories that are performing testing under resource limitations—which for COVID-19 is nearly every nation—this new research demonstrates that we can gain much more testing power for both medical and public health use with the same or even fewer resources than are currently being utilized.”