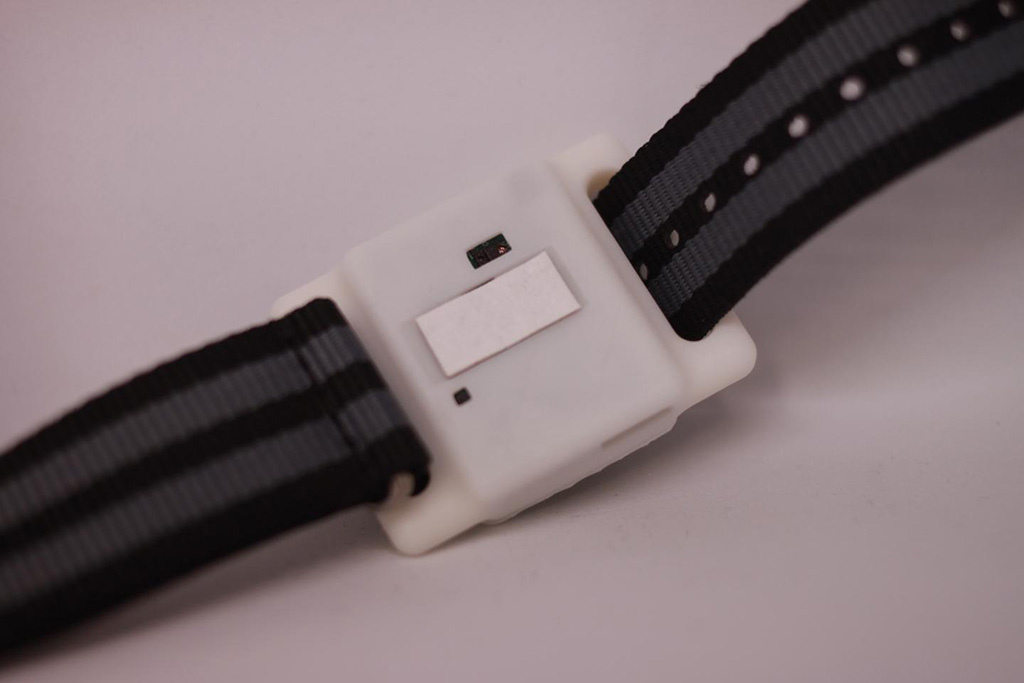 The wristwatch-like device called the SWEATSENSER Dx that is being commercialized by EnLiSense LLC (Allen, TX, USA) measures cytokine levels in passive sweat to alert doctors and patients to a looming COVID cytokine storm. Early in the COVID-19 pandemic, doctors recognized that patients who developed a "cytokine storm" - a surge of pro-inflammatory immune proteins - were often the sickest and at highest risk of dying. Early detection is important because once a cytokine storm has been unleashed, the excessive inflammation can damage organs, causing severe illness and death. In contrast, if doctors could administer steroidal or other therapies as soon as cytokine levels begin to rise, hospitalizations and deaths could be reduced.

Although blood tests can measure cytokines, they are difficult to perform at home, and they can't continuously monitor the proteins' levels. Cytokines are excreted in sweat at lower levels than in blood. To collect enough sweat for testing, scientists have asked patients to exercise, or they have applied a small electrical current to patients' skin. However, these procedures can themselves alter cytokine levels. According to the researchers, most people produce only about five microliters, or one-tenth of a drop, of passive sweat in a 0.5-inch square of skin in 10 minutes. So the researchers wanted to develop an extremely sensitive method to measure cytokine levels in tiny amounts of passive sweat. They drew on their previous work on a wearable sweat sensor to monitor markers of inflammatory bowel disease (IBD).

The wristwatch-like device measures the levels of two proteins that spike during IBD flare-ups. When the device is worn on the arm, passive sweat diffuses onto a disposable sensor strip that is attached to an electronic reader. The sensor strip, which contains two electrodes, is coated with antibodies that bind to the two proteins. Binding of the proteins to their antibodies changes the electrical current flowing through the e-reader. The reader then wirelessly transfers these data to a smartphone app that converts electrical measurements to protein concentrations. After a few minutes, the old sweat diffuses out, and newly excreted sweat enters the strip for analysis.

For their new cytokine sensor, the researchers made sensor strips with antibodies against seven pro-inflammatory proteins: interleukin-6 (IL-6), IL-8, tumor necrosis factor-α (TNF-α), TNF-related apoptosis-inducing ligand, IL-10, interferon-γ-induced protein-10 and C-reactive protein. They inserted the strips into their device and, in a small observational study, they tested them on six healthy people and five people with influenza. Two of the sick people showed elevated cytokine levels, and in all participants, cytokines in passive sweat correlated with levels of the same proteins in serum.

The SWEATSENSER Dx was even sensitive enough to measure cytokines in patients taking anti-inflammatory drugs, who excrete cytokines in the low-picogram-per-milliliter concentration range. The device tracked cytokine levels for up to 168 hours before the sensor strip needed to be replaced. EnLiSense, in partnership with the researchers, is now planning clinical trials of the cytokine sensor in people with respiratory infections.

"Especially now in the context of COVID-19, if you could monitor pro-inflammatory cytokines and see them trending upwards, you could treat patients early, even before they develop symptoms," said Shalini Prasad, Ph.D., the project's principal investigator. "Access to COVID-19 patients has been a challenge because healthcare workers are overwhelmed and don't have time to test investigational devices. But we're going to continue to test it for all respiratory infections because the disease trigger itself doesn't matter - it's what's happening with the cytokines that we're interested in monitoring."