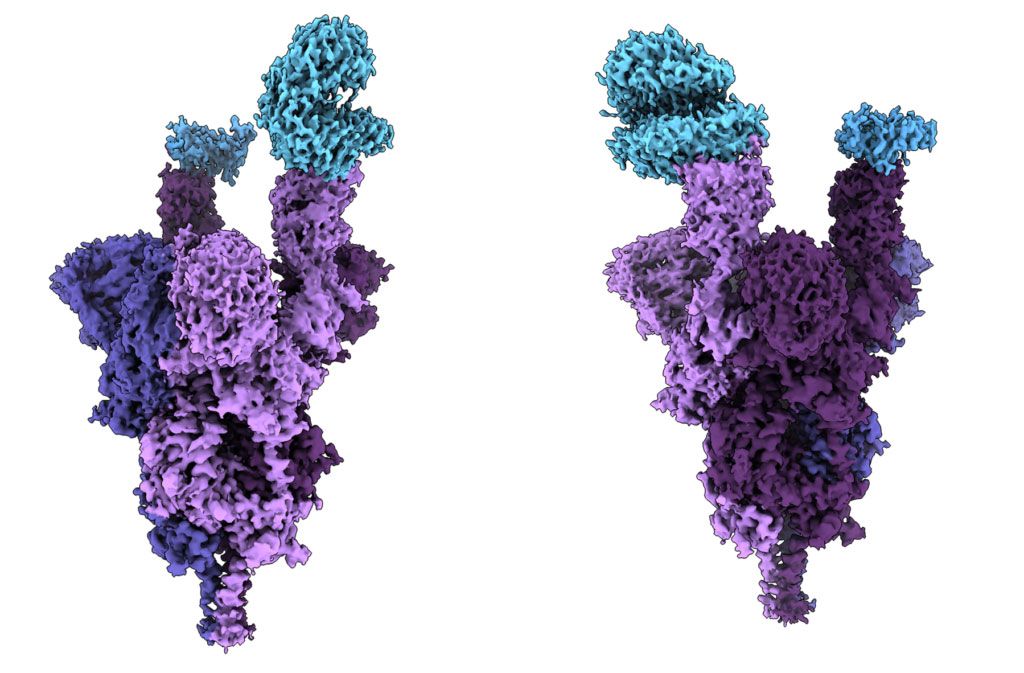 Scientists have unveiled the world’s first molecular-level analysis of the Omicron variant spike protein, revealing strong antibody evasion and binding with human cells that contribute to its increased transmissibility.

Researchers from The University of British Columbia (Vancouver, BC, Canada) have become the first in the world to conduct a molecular-level structural analysis of the Omicron variant spike protein. The analysis—done at near atomic resolution using a cryo-electron microscope—reveals how the heavily mutated variant infects human cells and is highly evasive of immunity. The findings shed new light on why Omicron is highly transmissible and will help accelerate the development of more effective treatments.

In order to understand how mutations impact the behavior of the Omicron variant at a molecular level, the scientists conducted a study using cryo-electron microscopy and other tests. The team found that several mutations (R493, S496 and R498) create new salt bridges and hydrogen bonds between the spike protein and the human cell receptor known as ACE2. This appears to increase binding affinity—how strongly the virus attaches to human cells—while other mutations (K417N) decrease the strength of this bond. Overall, the findings showed that Omicron has greater binding affinity than the original SARS-CoV-2 virus, with levels more comparable to those seen with the Delta variant. It is remarkable that the Omicron variant evolved to retain its ability to bind with human cells efficiently despite such extensive mutations.

These findings confirm what is being seen in the real world—that the Omicron spike protein is far better than other variants at evading monoclonal antibodies that are commonly used as treatments, as well as at evading the immunity produced by both vaccines and natural infection.

Notably, Omicron was less evasive of the immunity created by vaccines, as compared to immunity stemming from natural infection in unvaccinated COVID-19 patients. This suggests that vaccination remains the best defiance against the Omicron variant. Both the characteristics seen as a result of spike protein mutations—strong binding with human cells and increased antibody evasion—are likely contributing factors to the increased transmissibility of the Omicron variant. These are the underlying mechanisms fuelling the variant’s rapid spread and why Omicron could become the dominant variant of SARS-CoV-2 very quickly.

However, knowing the molecular structure of the spike protein will now allow researchers to develop more effective treatments against Omicron and related variants in the future. By understanding how the virus attaches to and infects human cells means, researchers can develop treatments that disrupt that process and neutralize the virus. The team is now focusing on improving its understanding of the binding of neutralizing antibodies and treatments that will be effective across the entire range of variants, and how those can be used to develop variant-resistant treatments.