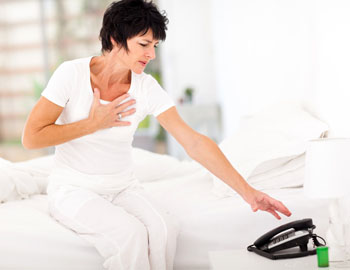 Image: Post-AMI care incurs heavy financial burdens (Photo courtesy of Shutterstock).
Financial barriers to healthcare in the year following a heart attack are linked to worse health outcomes, particularly for women, according to a new study.

Researchers at Yale University School of Medicine (Yale; New Haven, CT, USA), The University of Missouri (Kansas City, USA), and other institutions conducted a survey among 3,437 acute myocardial infarct (AMI) patients (ages 18-55) one month and one year after their hospitalization. The researcher examined the prevalence of financial barriers and their association with health status 12 months post‐AMI.

The results showed that women (22.3%) reported more financial barriers to medications than men (17.2%), but that the rates of financial barriers to services were similar, at about 30%. Analysis revealed that financial barriers resulted in worse mental functional status, greater depressive symptomatology, lower quality of life, and higher perceived stress for both sexes. The study was published on October 14, 2016, in the Journal of the American Heart Association (JAHA).

“Contrary to our hypothesis, both men and women who reported having a financial barrier were significantly worse off one year after their heart attack,” said lead author Adam Beckman, BSc, of Yale. “We suspected women may experience greater challenges than men; they often have lower income and less complete medical coverage than men, and care for multiple generations of family. This may in part explain why young women have worse outcomes following a heart attack as compared with similarly-aged men.”

“Our study emphasizes that patients need us to think about their social needs, not just their clinical symptoms,” said senior author assistant professor of medicine Erica Spatz, MD, MHS, of Yale School of Medicine. “We have not completed our job if we discharge patients from the hospital and recommend they use medications or services like cardiac rehab that they cannot afford.”