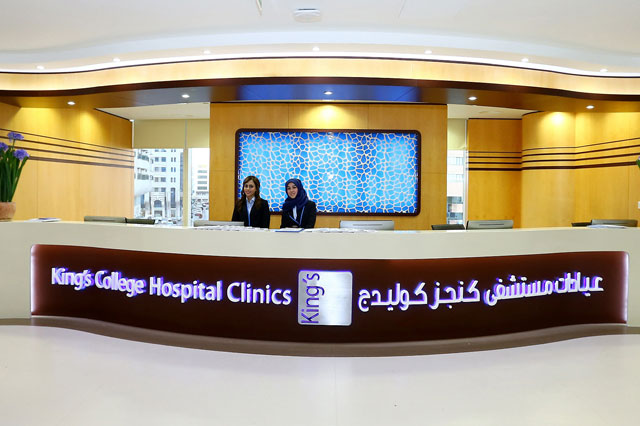 The multi-specialty Kings College Hospital Dubai (UAE), scheduled to open in 2018, will offer acute and general medical services in pediatrics, endocrinology, orthopedics, and obstetrics and gynecology disciplines. The project, budgeted at USD 200 million, will be fully integrated with King's College Hospital's facilities in London (United Kingdom). King's College Hospital already operates the Abu Dhabi clinic in the UAE, which was launched in 2014.

The Ashmore Group (London, United Kingdom), a specialist emerging markets firm with over twenty years' experience will act as the investment manager, while the Al Tayer Group (Dubai, UAE) and Dubai Investments (Dubai, UAE) will act as local equity partners. Dubai Investments has taken a 26.75% stake in the new venture, but the size of stake held by King’s College Hospital or by Al Tayer Group was not disclosed.

The new hospital will contain up to 100 beds, and is due to be built at Dubai Hills within Mohammed bin Rashid City. In addition, between three and four King’s College Hospital clinics will be opened on prime sites across Dubai during 2016-2017, with between 10 and 20 doctors on site, depending on location. In all, the partnership will be seeking to recruit up to 700 staff. A significant proportion of experienced clinicians from the UK will be brought over to the hospital in Dubai, and King’s College Hospital said that all staff and services will follow its London delivery model.

“The UK public and private healthcare system is considered among the top in the world. We are extremely excited to expand British healthcare internationally, particularly within the UAE,” said UK Department of Health Community and Social Care State Minister Alistair Burt. “Our long-standing ties with the UAE will continue to strengthen with the presence of King's College Hospital and Clinics in Dubai, combined with the specialist emerging markets investment management experience of Ashmore Group.”

“The UAE has a relationship with King's College Hospital that stretches back more than 30 years, since the nation’s founder, Sheikh Zayed Al Nahyan, provided a donation that helped to set up the hospital’s specialist liver research center,” commented Humaid Al Qutami, director general of the Dubai Health Authority (DHA; UAE).